Ms. Braasch was a designer for 459 West 18th Street while working at Della Valle Bernheimer.  For more information click here to visit the Bernheimer Architecture website.

Completed by Della Valle Bernheimer, which acted as both architect and developer of this residential project.  This building is located between two vibrant and evolving neighborhoods — the Meatpacking District and Chelsea — on the west side of Manhattan.  The primary architectural expression for this building involves two interlocking volumes.  Nesting black-and-white shapes reveal the zoning requirements of the Special West Chelsea District.  These shapes are not sculpted to defy requirements; rather, they embrace and then hyperarticulate these constraints.

On an experiential level, the design intention was to construct a solid building that would give occupants a panoramic connection to the city.  We also sought to avoid fabricating a normative piece of modern architecture, the glass box.  Simultaneously, we examined the modern precedent of “colorless” architecture made from metal and glass, materials that, in primary form, impart no color or tonal gradients on the artifice they define.  Our first studies were of binary conditions or architecture made from opposites.  Several iterations of orthogonal blocks were composed, with the final form assuming the shape of the idealized zoning diagram.

While many new buildings express visual connectivity to the city through ubiquitous expanses of transparent surfaces — for example, a new building on an adjacent property is composed of folded planes of floor-to-ceiling curtain-wall glass — our design posits that a solid, totemic object can be equally revealing.  While many buildings express their openness literally, the facade of 459 West 18th Street presents swatches of voids.  Extruded aluminum collars hold enormous expanses of unbroken, seamless glass.  In this way, the window becomes a minimal yet severe vitrine that is mostly invisible but forces spatial containment.  The monumental openings, measuring as large as eight-by-eighteen feet, take the background of the city and place it at the forefront of one’s experience.

The windows, engineered by facade consultants Front Inc. and fabricated by Via Glass, are detailed with this minimalist aesthetic in mind.  Mullions are only two inches thick, and the frame for the vent is nested within the mullion to conceal its operating mechanisms.  All hardware disappears, while interruptions within glass expanses are kept to a minimum.  The building is thus articulated as a pair of linked or nested dualities: solid and void, black and white.  459 West 18th Street won a 2009 Annual Design Review Award for Multi-Family Housing from Architect Magazine. 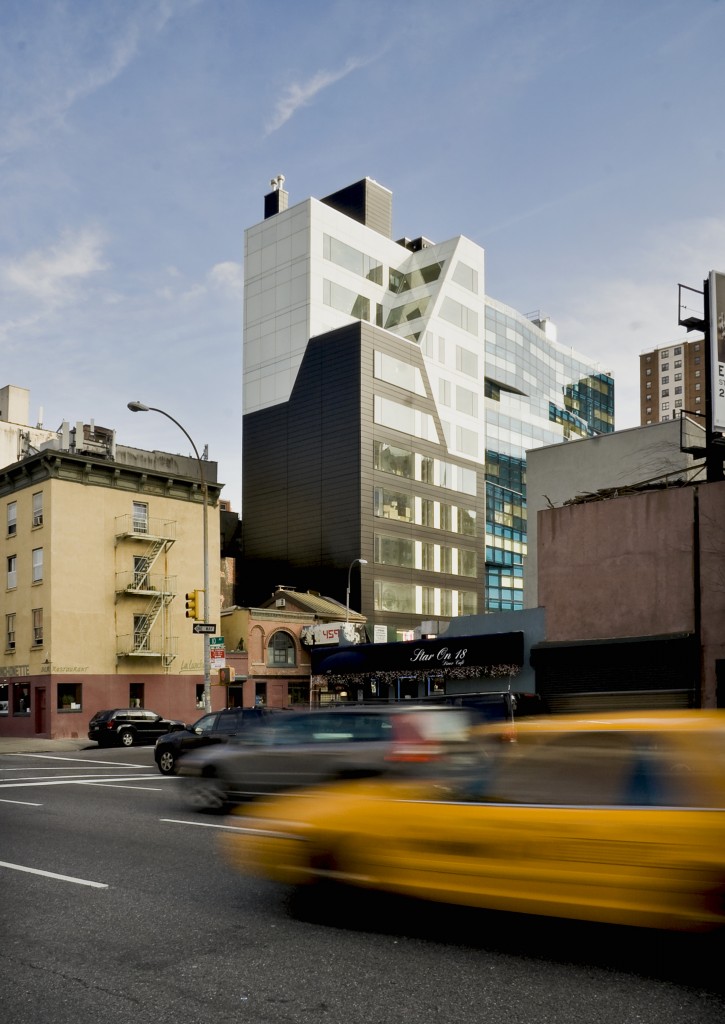 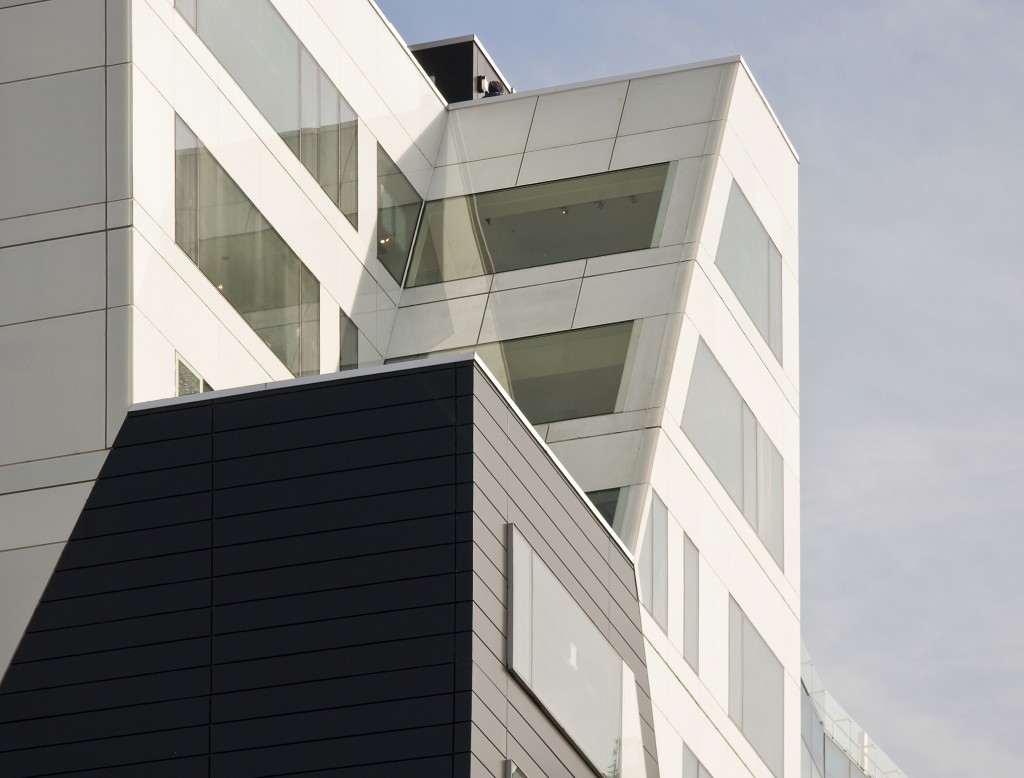 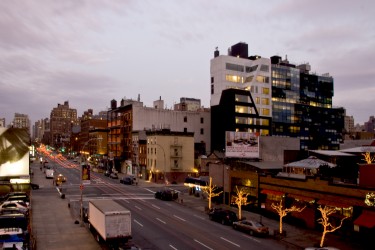 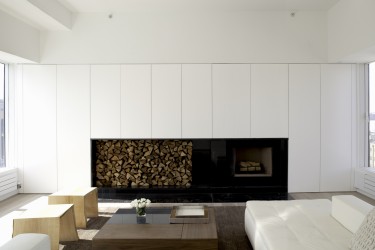 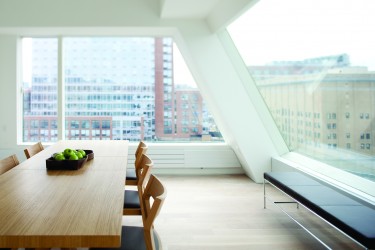 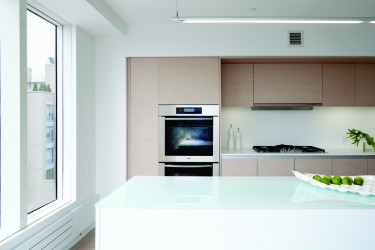 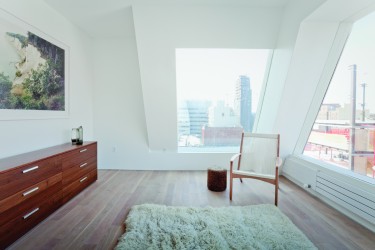 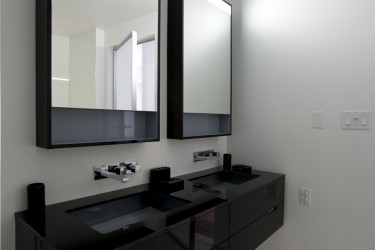